This Twice Baked Potato Casserole recipe from The Pioneer Woman is an easy make ahead side dish idea for Thanksgiving, Christmas, or any family dinner! 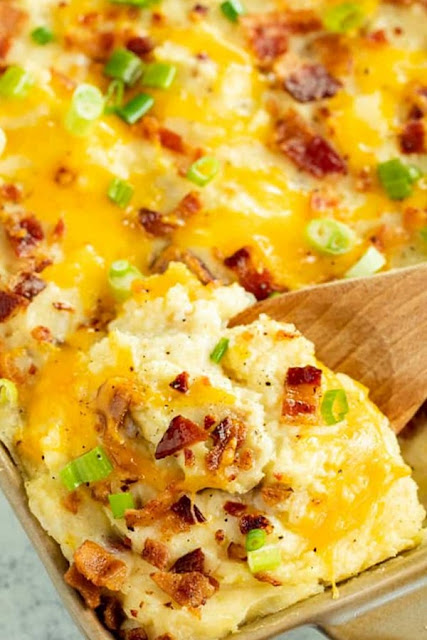